Nine years ago — less than a year after the first tweet — I sent cover letter that I’m still proud off: 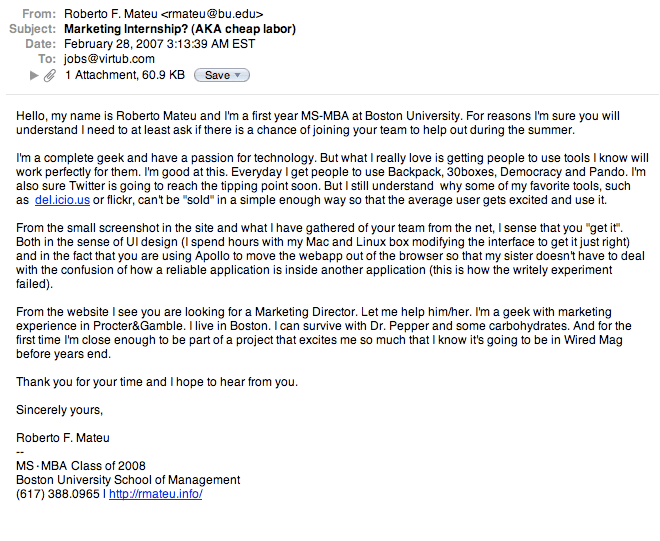 Not only did it open the door to a summer and fall internship, but I don’t cringe when I reread, unlike so many other things from back then. In the context of Twitter, I feel pretty smug about my prediction:

Everyday I get people to use Backpack, 30boxes, Democracy and Pando. I’m also sure Twitter is going to reach the tipping point soon. But I still understand why some of my favorite tools, such as del.icio.us or flickr, can’t be “sold” in a simple enough way so that the average user gets excited and use it.

To appreciate how difficult it’s to still be relevant — or alive— after 10 years, we just need to check up the other services I mentioned:

So there. I manage to congratule Twitter by talking about myself… which is basically how I use Twitter.

On Selfish Empathy My mom is having a hard time in Venezuela. She broke down and cried a little today during breakfast. It’s happening a lot lately. It used to be