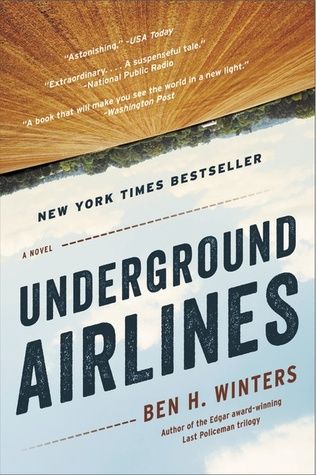 This was a powerful read. Racism is both a straight forward and complex subject. A lot of it involves a reality I cannot comprehend because it’s alien to my everyday life. This novel uses the magic of alternate history to peer into that reality.

Story wise it’s a slow burner that eases you into an alternate United States where slavery was never abolished in the south. By the time you’re painted the full picture, shock gives way to sad acceptance how this could have been:

Under the Fugitive Persons Act, those who escape from service are to be captured and returned, anywhere they are found in the United States, slave state or free.

This is an excellent book on its own. But I’ve gone back to that alternate reality a few times over the past month to be a better listener to the recent protests.

After a few weeks of pandemic eating, I’m back in intermittent fasting mode. While there are medical benefits for it, the reason IF works for me is the ease of implementation:

Side benefits are that it curbs my sugar and late night carbs anxiety eating. But when I try to do it the other way around — no chocolate after a healthy dinner — I fail.

The simple implementation can generate other desirable behaviors that would require more complex rules — if you wanted to define the same outcome in the requirements.

Something similar happens with working with a standing desks. It is not that standing is better than seating. For me, it is harder to stand incorrectly for long periods of time, than to slouch in my chair for much longer.

I get tired standing up, which makes me move, then I sit, then I get bored and stand up again. This is a better behavior based on designing my workplace around standing.

These has been a couple of successful cases, I have a lot more failures (doing push-ups before brushing teeth comes to mind). There’s no right one-size-fits-all with lifehacks, because our life’s are different. We are left to experiment, observe results, and try again.

On Lack of Control

Mornings are my most difficult time to be a parent. I’ve always been a late sleeper, which makes the 5-6am Daddy, Daddy call challenging. On top of that, I fall into a bad mood as a result for the rest of the ante meridiem activities.

My cheap psychology theory is that even when the kids wake me up at the time I was expected to - the lack of control over it sets me off.

This might me a similar feeling my own team experiences when I call them with a fire at any point throughout the day. It says a lot of their attitude that they haven’t replied with a expletive yet, because there been days I’m ready to throw one of my little treasures out the window at 6am. 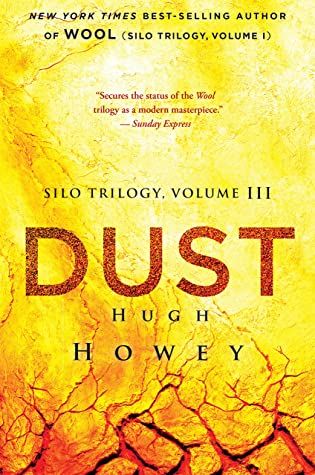 The lack of expectations of the second book and how much I ended up liking it, did a disservice to the final one. A fun but less surprising book. It was a fulfilling end to the trilogy, without all the pieces falling into place — in a way that added realism to the story.

I did miss someone lamenting over the grand plan falling apart in the end. One of the things I enjoyed from the series was the fact there were no evil people, only misguided powerful ones. On this final chapter, the winners and the losers aligned neatly to the good and bad ones.

I’ll look for more books from Hugh Howey, and revisit the world created in my head — because like all good sci-fi, it created an useful parallel universe to be reminded of every so often.

Respect and Distrust Your Future Self

Talk to yourself with kindness when writing tasks. Remember you’re passing notes to an older and forgetful person. Be sure to not only define the task clearly, but remind yourself why it exists. Your next week self might be wiser, but it is more distracted about this particular task than your present self.

Next Monday you’ll need the freedom to decide if the task is as important as it sounds on Friday. Mistakes might have been made, but jot down the keywords that’ll help you remember why.

An useful note is the least you can do to someone you’re making do your work.

The Sky Is a Big Place

The bombardment of email, chat, video calls, tasks and issues, can feel like the sky is falling during every hour of every day in the work week.

A few years back I watched a TV show about Air Traffic Controllers. When asked about how he dealt with the anxiety of planes full of people flying close to each other the ATC replied:

The sky is a pretty big place.

The traffic controller screen is a concentration of critical data: a flat black and white representation at scale of 3D space. You have to pay attention to it. But don’t confuse it for the real world. 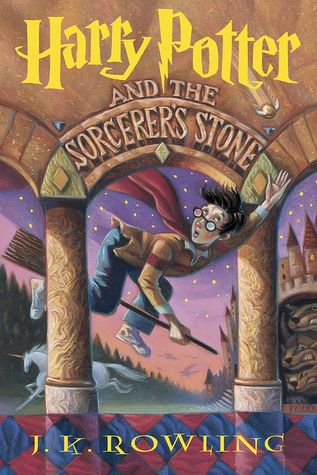 It’s been 20 years since I read this book and it shows. I did not remember most of it, and what I did was actually from the movie. I’d also forgotten how much of a children book it was, in language and length. The book is surprisingly short! Again, I seem to remember it longer than it was actually was.

Still, it’s a great book. It’s fun to go back to the start of the characters and their world. Reading it as a parent, I really hope Robie and Bettina can discover it on their own terms — unlike Star Wars, which like it or not are influenced by me.

Receiving a Wired Magazine in the late 90’s provided me with hours of restrained entertainment. The ritual began by inspecting every page of the issue from start to finish — regardless of the cover.

Physical magazines have an index, but its UX doesn’t require you to choose an article to get started. The experience invites browsing.

This mindset is missing from the a la carte on-demand infinite availability nowadays.

I try to make the effort to mentally switch view modes from an streaming river to something closer to a bookshelf — where the content is not going away, and is available to pick back up. This helps me reduce the anxiety of the paradox of choice, and even adding enjoyment to wasting time. 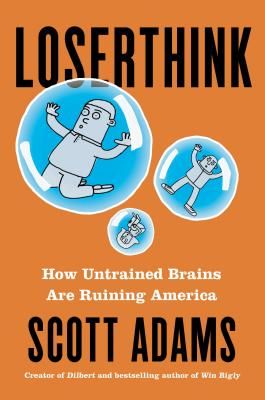 Loserthink: How Untrained Brains Are Ruining America by Scott Adams

I did not enjoy reading this book, but it was a good mental exercise. It kept reminding me of light Jordan Peterson — which is not a bad thing, but not what I expected.

The book has useful pockets of knowledge and anecdotes. But every few pages it can’t seem to avoid reminding that he know better than you , which while probably true, becomes annoying.

Why read it then? because now is an important time to read things that challenge you and makes you uncomfortable. In this sense, it’s worth a read.

However, if you haven’t read How to Fail at Almost Everything and Still Win Big, read that one first. This one suffers from too many as I said on my other book, which doesn’t allow it to stand on its own.

Weather means different things in different cultures. In Norway they say there’s no bad weather, just bad clothing — which I learned the first time I cancelled a morning run because it was raining.

Back in Venezuela, cancelling would have been normal, because if it wasn’t sunny you’d wait half an hour, and the weather will be fine again.

In Scandinavia you can’t do this because then you might never be able to exercise. They take weather out of the equation because it affects the outcome so much. In the tropics we leave it because it doesn’t.

Makes me wonder if there’s a major element of my everyday life that I should ignore, and get better clothing for.

After battling with so many apps only to feel guilty for not having the discipline to consistently use them, I’ve finally resorted to the most personal and easy alternative ⁠— writing things down.

Well, that’s a crazy idea. Totally valid points in the post though. I just think that throwing everything into a bucket and let the computer figure it out is going to win in the end.

When swimming on a beach with big waves, you fall into cadence in response to each. Whatever works for one wave can be repeated for a whole set, but always one will come that’s different enough that it requires you change your strategy.

You can dip under, swim towards, or maybe even swim back to the beach to catch it. It depends on the wave, your position, your level of energy, etc. With a major force like the ocean, you must adapt — there’s no negotiation.

Sometimes you miscalculate, and you’re literally sweep off your feet. Remember, you can’t fight the wave — you must remain calm a let it carry you. And always keep in the back your mind that once you get out this… there’s another wave behind the current one.

Planning is wishful thinking, which is why optimist make terrible delivery estimates. Pessimists are always able to hit the target from afar better.

But fixing an optimist estimate by multiplying by two, is too simplistic. A better fix is something IT departments do all the time: not give estimates. Brilliant buzzwords like agile and sprints mostly allow us to get away with it.

The actual solution is simple: deadlines. You can get philosophical about planning, waterfall, sprints, etc. But if a products has to be live on a certain day, all BS goes out the window, and a minimum viable product plan will appear.

Deadlines are the reality check most plans need. And just like a meeting without an agenda, you should never one without the other.