Have you met Johannesburg?

Sometimes cities move you, others scare you. Jo’burg continually danced between these two states. And a few times, managed to achieve both at once. 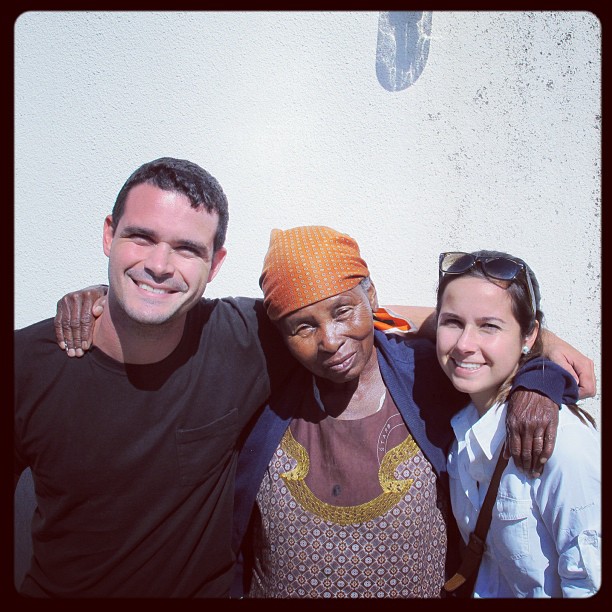 Although originally just a pit-stop before leaving for a safari, a visa problem with the friends I was joining made me and my sister (referred as your wife the whole trip) stay a few days.

Most of the impressions of the city are the result of Jimmy’s Face to Face day tour.

A grandfather like figure, with a cane and a quick tongue, he’s living proof of the mind-blowing progress and social change South Africa has experienced in the last 17 years. At the same he’s a reminder of darker times.

This contrast keeps playing again and again in Johannesburg. During our visit to the city downtown we suddenly found ourselves beneath an elevated highway on a Zulu medicine market. I hadn’t felt so conscious of my skin color since a drive up to Vermont a few years ago.

The obligatory visit to the apartheid museum was followed by a drive into Soweto, the biggest township in South Africa. Mentioning the extend of poverty we saw would tell part of the story, though it wouldn’t be an accurate description of reality. 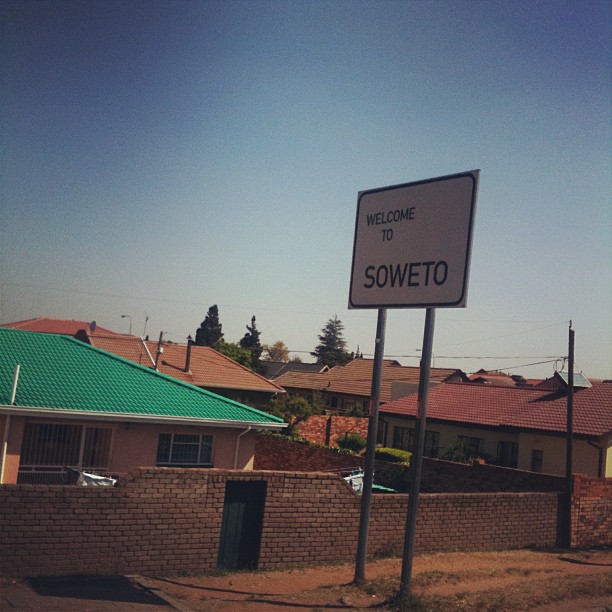 Soweto has houses that range from two floor modern buildings, to shacks made out of aluminum and old wood. Sometimes these are separated by a couple of streets.

Jimmy kept saying that what made his Soweto tour different was that he never stopped twice in the same place because then you don’t see the real thing. This sounded like a lot of marketing jumbo, until I noticed that in none of the stops we where offered things to buy or asked for money.

Suddenly I started to realize that around me there seemed to be some obvious market forces at play. Every few shacks a business was operating in one way or another: hair dressers, calling centers, fruit stalls, restaurants, stalls selling stuff I couldn’t begin to describe…

I couldn't get an appointment

And none of it was targeting tourists. It all appeared to be created and sustained by the 2-3 million people that live here. I have never been a good economist (or businessman, for that matter), but this stinks of a growing market.

At some point we drove past a couple of young guys, one of which waved at my sister, who promptly pointed at something on the other side of the road in typical catholic girl school upbringing modus operandi.

The guy yelled “you should wave back!”, and Jimmy turned to the driver and said “stop the van”. Yours truly immediately thought: oh shit and some equivalent poetry in spanish.

Opening the side door he pointed at the guy with his cane and said “Why do you disrespect my guests? Come here and tell me your name”.

While he approached I was too busy trying to fashion a weapon out of my iPod earbuds and watch (wasn’t going to use my iPhone), but a conversation in one of South Africa’s other 10 languages ensued.

As laughter erupted Jimmy turned and said “he said your wife was very beautiful” —it didn’t seem like the best time to explain our shared genealogy ancestry, so I didn’t correct him. “He won’t take it back, but says he meant no insult”. I smiled and extended my hand, as he returned the handshake he laughed and said “sorry brother! No problem eh? No problem,”.

He then started telling us about his construction work in Petroria, and politely listened as Jimmy interrupted him every few sentences to say what he should be doing.

Suddenly one of the of the other guys (with a scarier look, from my perpective) approached the van, Jimmy yelled “Put out that cigaret, I am your elder and you won’t smoke when I talk to you!”. I immediately restarted construction on the earbud-watch weapon.

Again I was surprised to see him promptly put out the cigaret while he was bombarded with questions from our guide.

Five minutes later, the monologue was over and both guys said “thank you elder, for the advice”. I didn’t notice any sign of mockery on their voices or faces.

The reality of the apartheid and its consequences makes you tell yourself that you are more human than them. That you would have never stood for such racism and injustice.

As we bought our tickets for the train ride to Cape Town, we weren’t too worried that economy where the only ones left. “Probably cool to talk to some more local people”, we said.

Arriving at the station we encountered a general state of chaos in the economy area, with people falling over each other while running as the train arrived. Everybody was black.

We then walked to the front of the train and asked if any rooms where available.

Thinking I’m better than those that committed atrocities in the past, blind-sights me of the problems in the present.

Farewell to the Chief Thank you Steve. Nothing else I say about the passing of Steve P. Jobs can surpass the dozens of great articles already written. But I can talk

In Which the Train Never Arrives to Cape Town Everything, it said, was against the travellers, every obstacle imposed alike by man and by nature. A miraculous agreement of the times of departure