On Beijing, Shanghai, and a Train in Between 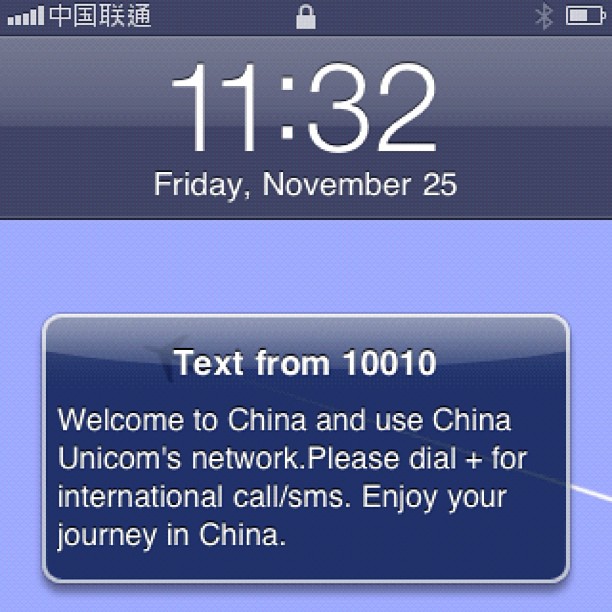 Well, that’s something you don’t see on your iPhone everyday

We sat on the fancy bar and looked around. Modern design, with a live band playing in the center and some cool looking electronic candles that when lifted flashed intensely to call the attention of the waiter.

I ordered a whiskey on the rocks and Jose Luis vodka-something (such a communist). There was a cigar menu. Imagine that, to drink and smoke a cigar in the Beijing, the capital of the People’s Republic of China.

Opening the menu I immediately saw Montecristo’s, smiling, we asked for two.

Eight years ago I was part of the team that represented my University at the Harvard Model United Nations. We were assigned PR China as our country and for months we read, followed, studied, and tried to internalize the culture as much as possible.

In the actual competition, we wore suits with red ties and Chinese Flags pins. We entered double file into meeting halls. Some even tried to emulate the seriousness of their diplomats in negotiations (something at which I failed miserably, but not the point).

In other words, we took our shit seriously.

Having a whiskey with a cigar in a city that used to be familiar –yet abstract– in my mind, just made me smile.

I was surprised of which city Beijing reminded me of: Washington DC. Huge blocks, even bigger squares, lots of museums and many crowds of locals.

Of course, it makes some sense that the capitals of two powerful countries have some similar features, but these two, I wasn’t expecting. Sadly, I’ve never been crazy about DC, and for very similar reasons, I didn’t love Beijing.

It’s all very grandiose, but it felt to me it lacked personality. Museums are extremely simplistic, prices are high and you don’t see a lot people smiling. Of course, all of this is anecdote, but I just didn’t like the feel of the city.

The great wall, on the other hand, is magnificent. There are many parts of the wall you can visit from Beijing, we chose Mutianyu, which is bit farther but less crowed. It was fairly empty when we got there, so it payed off. We took a ski-like lift up the wall and walked for a few hours.

Afterwards, in a typical Disneyworld ride fashion (minus the safety), we rode sleds down a long metal toboggan to get back down. Long live the market economy. 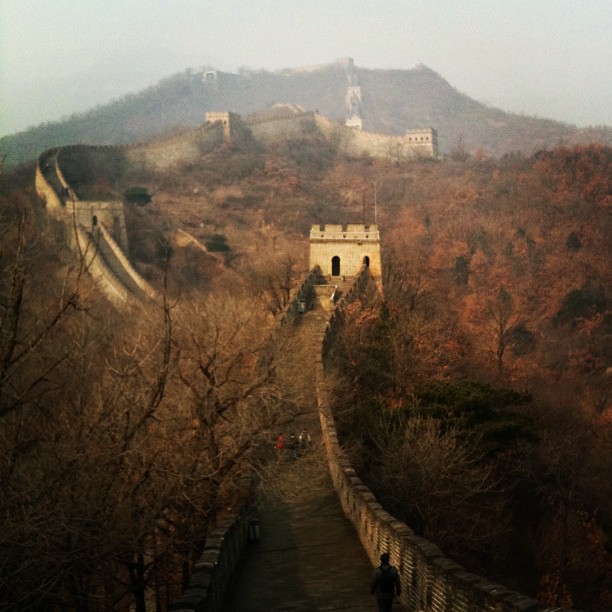 I travelled the distance between Caracas and Bogota in a little under 5 hours, with an average speed of 320km/h. Since I love trains, this was epic.

The seats in economy were comfortable and very clean. Outside everything was blurry and foggy almost all the way to Shanghai, so it’s not a sightseeing type of ride.

I would have slept, but –and I swear this is true– the older lady next to me kept giving me evil glances. No cultural misunderstandings here, either I smelled or she recognized the capitalist pig I am.

Whatever the case, my grandmother once told me “the trick for a good marriage is never go to bed angry”; sleeping on a train next to an angry lady is close enough to that golden rule, so I didn’t tempt fate.

Whatever Beijing lacked in personality in my eyes, Shanghai completely made up for it. Modern and historic buildingd along opposite sides of the river and complex neighborhoods with a mix of western and chinese styles, this city I could live in. 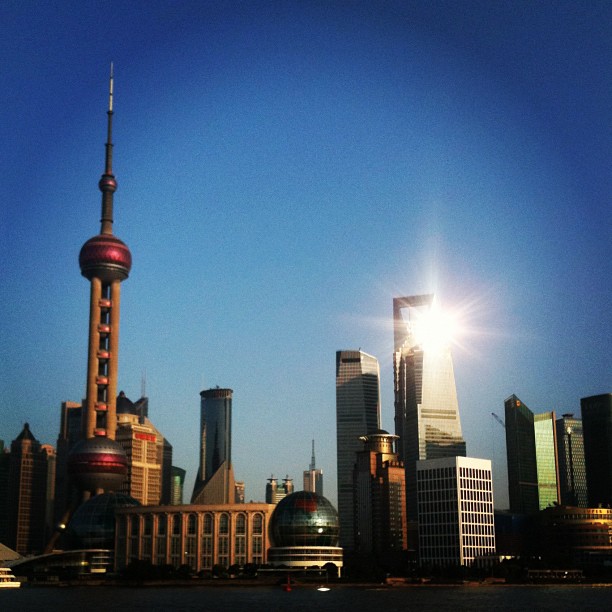 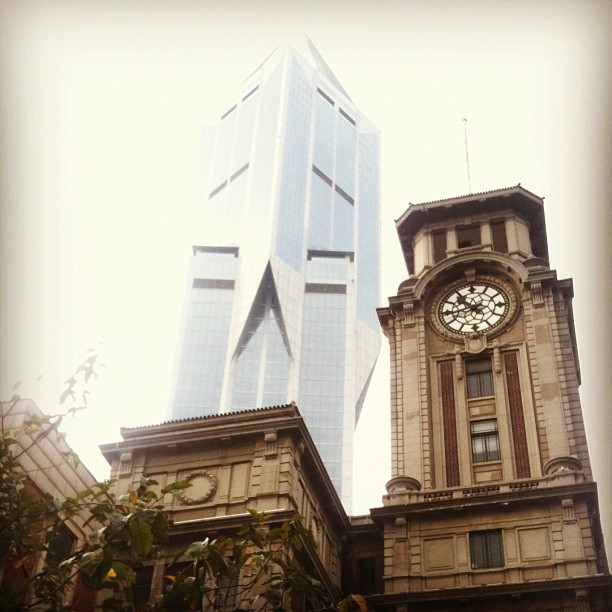 I found the food delicious, although I was less adventurous than in Hong Kong. Most people where a lot friendlier than in Beijing and moving around the city on the subway was painless.

One thing to be careful for are the where are you from? scams. Usually what happens is that a group of young people (mostly girls) would: a) ask you to take their picture, b) bump into you, or c) ask for directions, and then always ask in the cutest way possible “where are you from?”.

Since I’m a smiling idiot, reading wikitravel before arriving saved me a lot trouble. According to a spaniard couple I met on a bar, these cool kids invite you to a tea tasting/clothing store sale/party and you end up somewhere paying exorbitant amount of money for tea/shirt/drinks.

In another life, these wise old men could have been friends.

I didn’t really visit China. More than on any other leg of my trip, at most, I scratched the surface of two cities.

The thought that kept brewing on the back of my mind on my week there was verbalized perfectly by The Economist recently (talking about the bullet train):

The feeling of travelling so fast for so long is disconcerting. The countryside whizzes by in a blur, though the ride is impeccably smooth. Even more disconcerting for a Westerner is the feeling that he is being left in the dust.

On the postcard I sent my godson (1 year old) from Shanghai I got philosophical and told him that for most of my life China was a strange and far away place. However, I’m convinced that by the time he can read my letter, he’ll know neither is true.

How to Deal With Tech Gifts from Non-Geeks The holidays are upon us again, and regardless of Christmas, Hanukah or festivus, the arrival spells conflict for geeks everywhere. Us geeks live

Dancing for the Non-Believers Two things can happen at this moment, you can grab your smartphone again and check for more non-existing messages, or step forward and… dance. We