This answer sounds like an end of world movie title, but it can also be a typical job description — which few mention on LinkedIn. It also is a sign of a troubled organization.

Doing whatever needs doing implies that either: 1) you have enough clarity and perspective in your organization to correctly assess the needs, or 2) another person has these qualities and does it for you.

In most cases neither scenario is real. The needs of many agendas fill your inbox, and it’s only when you are at capacity, and one of the actual priorities gets delayed that a clear signal breaks through the noise to set it straight. Which still describes a working organization.

Yet, how many non-priority, misunderstood and plain wrong tasks consume time and effort before you reach capacity? How can these corrections of priorities happen more fluently?

Somewhere in the middle of what needs to be done and I just work here, lies the answer.

On the Speed of Consumption

Looking at a painting to remember it, to analyze it, or hoping that it awakens something in you1 — are very different activities.

I’m able to listen at up to 2x to podcasts with information I want to skim  . But on other podcasts want to savor the discussion. To be part of the conversation in my head, requiring the pause to assemble my ideas.

Same with books — on many, I want to enjoy each line, but others make want to tell the writer to hurry along, to get to the point. Which thanks to the marvel of reading doesn’t require changing the text in front of you — just how you engage with it.

The amazing variety of content nowadays makes it impossible to define the correct way of consuming any of it. The question then becomes: do you want to expose yourself to as much as possible — risking misunderstanding it, or invest in acquiring fewer content, but of the best quality.

I’ve answered this very differently over the last 20 years, but the overall trend is to use each of these methods as tools — and not be a purist about either corner.

Even for a beta, Big Sur has a voracious appetite for disks: as one leading developer, Jeff Johnson of @lapcatsoftware, discovered, when updating from the first to the second beta, macOS swelled to 27 GB in size. This is the result of its use of snapshots.

I did iOS 14 and iPad 14 Public Beta over the weekend. Will likely hold on Big Sur for a while longer.

Style Check is like a having a personal editor-in-chief on your device, carefully reviewing your text for redundancies, clichés and filler words as you type.

A local Grammarly. Going back to IA Writer for my non-existing longer posts. 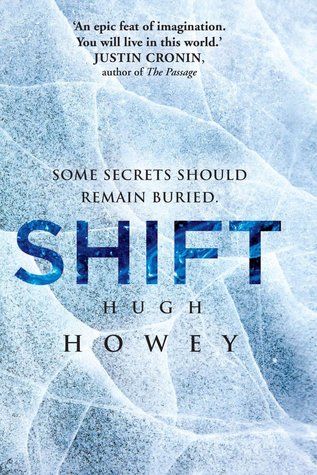 Amazing sequel. Didn’t know what to expect, which made the surprise even more enjoyable. It’s a continuation of the original story is coherent way — without being a rehash. Managing to give more than simple clues about the origin of the universe created, without ruining the mystery.

Being the second book in a trilogy is always hard because it can sometimes fell like any weak plot point is there as a filler. While this book doesn’t stand on its own (no one said it should) it’s a strong bridge to the last one.

[…] Big Sur is either 10.16.0 or 11.0.0, depending on where you look. If your conditional code has only been checking for minor version numbers, then it would see Catalina as 15, but Big Sur could be either 16 or 0 depending on how Apple numbers it. If the major version has indeed incremented for the first time in the last 20 years or so, and Big Sur turns out to be 11.0.0, then anything which assumes that this minor version number will be greater than 15 will break.

Something to consider if your hacks start actions weird on the new macOS.

The truth is probably that the future of the Mac is as a “pro” version of iOS and iPadOS. It’ll run more or less every app that’s available on the iPhone and iPad, but it’ll also run traditional Mac software. Over time, the distinction between iPad apps and Mac apps will begin to fade away entirely, and the Mac will just become a keyboard-and-trackpad mode of the iPad.

Busy week, so I was only able to consume on the news. But Jason’s take is the one the better looks at the future.

I don’t blame Dropbox going the way they have — they are less about the individual customers and more focused on teams and corporations. That’s where the money is — and when you go public, you are all about the “quarterly goals.” You don’t go public without knowing that Wall Street owns you.

I literally couldn’t said it best yesterday. But Om closes with an intriguing question:

I wonder why Backblaze doesn’t offer a simple syncing service?

I use Backblaze Backup for Ana’s Mac, and their B2C hosting for my Arq-based solution. I’d totally be into a Backblaze macOS/iOS/API sync thingy.

Steve Blank’s excellent write up on the geopolitics of processors on the 21st century — steveblank.com:

Controlling advanced chip manufacturing in the 21st century may well prove to be like controlling the oil supply in the 20th. The country that controls this manufacturing can throttle the military and economic power of others.

​This is a fight that has already started, and we’re already living the tectonic shifts it caused. ​The outcome is far from certain, and if it doesn’t seem it might affect you… just look around for any electronic device.

The chips that TSMC makes are found in almost everything: smartphones (i.e. Apple iPhones), high-performance computing platforms, PC’s, tablets, servers, base stations and game consoles, Internet-connected devices like smart wearables, digital consumer electronics, cars, and almost every weapon system built in the 21st century. Around 60% of the chips TSMC makes are for American companies.

In May 2020 TSMC announced it was going to build a $12 billion foundry in Arizona to make some of its most advanced chips. Foundries take at least three years to build and the most expensive factories on earth. Construction on TSMC’s facility is planned to start in 2021, but actual chip production will not start until 2024.

The USA-centric geek in me will now cringe at not realizing how Intel’s fall from grace plays into all of this:

China is spending over a hundred billion dollars to become a world leader in developing their semiconductor industry.

​Much more details in the post, worth a read.

I started walking, every morning over 8 years ago and haven’t stopped. Walking, for me, has been my way back to myself, a practice that brings me home.

She wrote about it on Fast Company a few days ago also.

The Passwords app saves your passwords in one safe place and autofills them so you can instantly sign in to websites and apps.

Using a PIN for secure access, Vault provides an extra layer of security for all your important personal files like insurance cards, passports, and housing documents. Files are organized in the cloud and accessible from any device.

Dropbox Family lets up to six members share 2 TB of storage and have their own individual account views—under one plan with one bill. Members can create shared spaces to make content easily accessible to the whole family and each member has their own private space for personal content.

I’m mostly happy with my move to iCloud. Feature-wise, I miss the simplicity of Dropbox. But it’s a simplicity of a bygone era. Overall, all these seem like good features, but too little too late for me.

I still think Dropbox missed the boat discontinuing its Mail and Photos services a few years back. Going corporate might have been the right Wall Street option — still not sure, but it was the wrong one for geek users like me.

HEY is our love letter to email, and we’re sending it to you on the Web, Mac, Windows, Linux, iOS, and Android.

As usual with 37signal’s DNA, it’s very opinionated. No POP/IMAP, or external clients, or import from Gmail… and $99 a year.

The walkthrough is very detailed.

Still invite only, but very likely they’ll be opening soon for everyone.